Harriet is rushed into Accident Emergency after having the Flu Jab 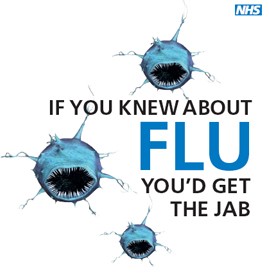 As the colder months and darker nights started to draw in, we knew that it was only a matter of time, before Harriet would be at risk from Viruses and infections that came with the colder winter months.

Harriet`s doctor came out to give Harriet and myself the Flu Jab on the 18th October, I asked him if there would be any side effects to the flu jab , I was told that it was very unlikely. I had my jab in the top of my arm and then it was Harriet`s turn, she became quite upset but calmed down within a few minutes.

We thought Harriet may become slightly poorly after the injection and kept a close eye on her, but nothing could have prepared us for the days ahead.

Within 48 hours of having the flu jab, Harriet became extremely poorly, she had a raised temperature and was starting to struggle to breathe.  One of our main concerns was that Harriet was breathing so fast and struggling to maintain her respiratory system.

After a constant night of nebulizers and suction to maintain Harriet`s saturation levels, we simply ran out of resources and had to call 999 for an ambulance as Harriet was now in full respiratory distress.

Within five minutes of making the phone call to the emergency services, the fast response ambulance arrived, he quickly assessed Harriet`s condition and helped us stabilize Harriet, just before the large ambulance arrived.

Harriet was then rushed to the Royal Derbyshire Hospital, where she was seen by the team of consultant doctors and nurses. It took more than two hours to get Harriet`s breathing under control, before the registrar inserted a line into Harriet`s hand for fluids and medicine.

It had now been just under four hours, Harriet seemed in a stable condition, but they wanted to observe Harriet for a few more hours before making a decision, as to whether she would be well enough to go home later in the day.

Harriet was admitted to the children`s Puffin ward, it was a ward that Harriet nearly died on a few years ago, when her tracheostomy blocked off, but knew that if we were with her, she would be alright.

After only a few hours being on the Puffin ward, Harriet`s condition started to deteriorate, there simply were not the staff on this ward to give Harriet the care she needed.  The nurse looking after Harriet at the time seemed to think that she knew more about Harriet than we did and had to make several requests for the registrar to come and look at Harriet.

When the registrar finally came to see Harriet, I told him that Harriet`s condition was getting worse and that I did not feel that this was the right ward for Harriet. The consultant told me that he had already made plans for Harriet to be moved onto the Dolphin Intensive care unit, where there would be someone with Harriet at all times.

A few minutes later, Harriet was moved across onto the Dolphin intensive care unit, the nurse that had been looking after Harriet, signed everything over to the nurses and then went back to the puffin ward.

As I looked at Harriet, not only was she struggling to breathe, but she looked really uncomfortable and in pain and then I noticed her hand, it was almost twice the size as it was supposed to be and looked almost purple and blue. I asked the nurse to look at this, she seemed quite concerned and took the line out of Harriet`s hand. She then explained to me that this should have been picked up by the nurse looking after Harriet on the previous ward, but the main thing is that it was now out. 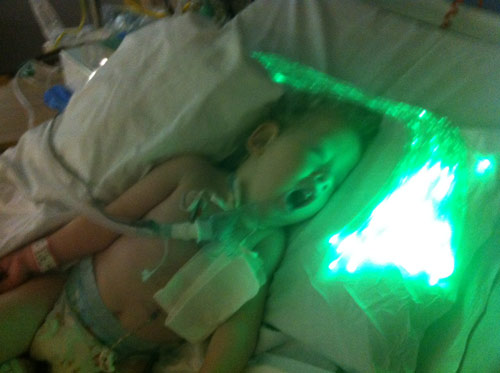 The registrar came a few minutes later to insert a new line into Harriet`s foot, as they needed to make sure fluids and antibiotics, could be administered quickly.

Harriet`s condition continued to deteriorate over the course of the next few days, the consultants were not sure why Harriet was struggling so much and kept running tests and trying different  medication.

One of our main concerns were that Harriet`s heart rate, was between 180 -190 beats per minute and that she was struggling so much that her heart may simply just give in. The medication that was meant to help Harriet`s airways and breathing, made her heart rate increase, but it was the only way the doctors and nurses could maintain her airway.

The nurses looking after Harriet on the Dolphin ward were very good and really helped us to understand why Harriet was breathing this way.

Professor Choonara and his team regularly came to see Harriet, in order to establish how she was doing and what the best course of action was. He decided that as Harriet had been on intensive care two days and was responding to certain antibiotics, that they now needed to replace the fluids with food, as Harriet needed to start taking on calories. A 24 hour feeding plan was established, which Harriet coped with along with oxygen and regular medication /nebulizers.

Harriet`s condition would seem to improve during the day and then at night her breathing would deteriorate to dangerous levels.

The nurses and doctors continued with their strategy and after four days of being admitted to intensive care, Harriet started to show significant signs of improvement.

The following day Professor Choonara said that Harriet could be discharged from the ward and come home, but only if we had the oxygen and all the other relevant equipment needed to care for Harriet.

Harriet was now home, she was on oxygen constantly throughout the day and night, in order to maintain a good oxygen saturation level. Harriet also required regular suction and nebulizers, just to stay on top of her condition.

The next few days were very testing, Harriet needed alot of care and attention and we were both exhausted, but had to push through the tiredness, just keep Harriet safe.

Today is the 27th October, Harriet is nearly back to where she was before the Flu injection, but still requires oxygen during the night.

Doctors and consultants told us that it was very unlikely that the Flu jab caused Harriet`s problems, but could not categorically confirm this.

I firmly believe that the Flu jab caused Harriet`s respiratory problems and will think twice, before getting her Flu Jab.

There is also a very interesting piece on the NHS website about Flu Jab, at the bottom of the page, it has a section called “Who shouldn`t have the Flu Jab? “ – CLICK HERE to read the link.  Harriet not only had a bad reaction but also a high temperature, both of these are fundamentally listed on the NHS website.

We would like to say a Big Thank you – to the emergency ambulance crew and all those on the Dolphin ward that looked after Harriet.