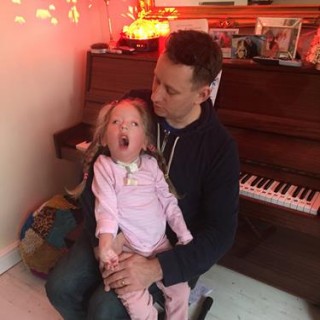 Harriet had been doing well over the last couple of months, she had managed to go to Ivy House School and seemed to of had a good Christmas.

January 2015 started off well and we thought that Harriet may stay out of hospital and be well throughout the mild winter months, but this was not the case.

The third week into January, Harriet came down with some sort of respiratory type viral infection, she was extremely unwell and needed to go onto oxygen throughout the day and night for nearly a week. We collected saliva samples from her tracheostomy and mouth secretions and sent these to the Kite team at the Royal Derby Hospital.

We had started Harriet on a seven day course of antibiotics called amoxicillin and continued with the nebulizers, but toward the end of this course, she was still struggling.

We had also implemented the emergency Respiratory plan we had been given from professor Vyas at the Queens Medical Center in Nottingham, but Harriet was still struggling.

Harriet`s consultant - Dr.Richard Bowker from the Derby Royal Hospital, had been made aware that Harriet had not responded to amoxcycillin and therefore decided to put her on a course of steroids and a strong antibiotic called Ciprofloxacin.

Dr. Bowker had prescribed Ciprofloxacin to Harriet in 2014, when she struggled with a strong bout of Pseudomonas, which caused Harriet alit of respiratory problems that nearly put her in hospital.

Harriet had been given a two week course of Ciprofloxacin, but seemed to be getting alot better after the first week, but we both knew she needed to continue with the course of antibiotics until she was back to being Harriet.

February 2nd 2015 - Harriet had an appointment for a yearly Neurological review with Dr.William Whitehouse, who was the children's neurologist at the Queens Medical Center Hospital in Nottingham.

Harriet was still quite poorly and we really did not want to take her into a hospital type environment, as she could potentially pick up another life threatening virus, but she was suffering from sleeping problems and therefore decided to take her to the appointment.

On this occasion Lesley had to take Harriet to see Dr.Whitehouse on her own, which again was not something I really wanted, as the Queens Medical Center in Nottingham is quite a daunting place to go on your own.

As Lesley sat down in Dr.Whitehouse office with Harriet, he remarked on how Harriet had grown since he had last seen her and then asked whether she had suffered from any further seizures.

Lesley told Dr.Whitehouse that Harriet had not suffered any further seizures and had been alot more relaxed since she had been on Dantrolene and her other seizure medications.

Dr. Whitehouse seemed pleased that Harriet was doing well, but then started talking about a Baclofen pump, he asked whether anyone from the Derby Royal Hospital had contacted us about this.

The YouTube Video below looks at a Baclofen Pump :

Lesley told Dr.Whitehouse that she did not want Harriet to have a Baclofen pump and became very agitated when he asked her if she knew what the pump was.

Dr.Whitehouse tried to explain to Lesley, that Harriet was very stiff and that her current medication could not really go up anymore, as Harriet was pretty much on the maximum dose for all her medications. He told Lesley that he would have to increase Harriet`s Tizanadine, in order to try and help her muscles relax, as she was now struggling under the current medication.

When Lesley returned home she was extremely agitated, upset, crying and simply wanted to be on her own with Harriet.

A few hours later we talked about the things Dr.Whitehouse has commented on, the Baclofen Pump seemed to be the problem. Alot of people that Lesley had been linked to on Facebook and other social networking platforms that had children with Baclofen Pumps, had died and therefore she had linked the pumps to the death of these children and therefore felt that if Harriet had a pump, then she may also die.

I tried to look for alternative ways to help Harriet, I wanted to know why she was so stiff and therefore decided to contact Dr.Broderick, Consultant Community Paediatrician at the Derby Royal Hospital. Dr.Broderick had been giving Harriet Botulinium injections to help with the stiffness, but we could not recall the last time Harriet had one of these injections.

I was unable to get hold of Dr.Broderick, but was able to ascertain from her secretary, that Harriet had not been given a Botulinium injection since May 2014, she told me that they were waiting to hear from us.

I felt completely let down, by another so called consultant from the Derby Royal Hospital and told the secretary that I needed to talk with Dr.Broderick.

I received a call a few hours later to say that Dr.Broderick was having a clinic at Harriet`s school within the next few days and that she wanted to see Harriet.

We took Harriet to see Dr.Broderick at Ivy House School, Lesley and myself had alot of questions, but really wanted someone to explain to us what was going on and why had she not been given the Botulinium injections.

Dr. Broderick was pleased to see Harriet and was happy to answer all our questions.

I told Dr.Broderick that Harriet had seen the children's neurologist Dr.William Whitehouse, at the Queens Medical Center in Nottingham and that he was extremely concerned about how stiff Harriet had become. I then went on to say, that Dr.Whitehouse thought a Baclofen Pump seemed the best way forward, given that Harriet was now on the highest strength for nearly all her medications.

Dr.Broderick took onboard our concerns, but wanted to examine Harriet before she answered any of our questions. She told us that Harriet did seem very stiff, especially in her upper body or arms and that Dr.Whitehouse did have some valid points, for putting forward Harriet for a Baclofen Pump.

We both told Dr.Broderick that we were very concerned that Harriet had even been considered for something like a Baclofen Pump and that most of the people we had known online, had died at some point after having this pump.

Dr.Broderick told us that children had died in the past and gave us an example of a child that had died from one of these pumps some years ago, but then quickly tried to address the subject, by saying things are now alot safer.

Dr.Broderick then spoke to one of the school nurses about one child that had a similar pump within the school over the last few years. The nurse seemed to vaguely remember the child, but did not really give us any real confidence in a Baclofen pump.

I think one of the things that was running through my mind, was why was there only one pupil in a school that caters for hundreds of disabled children that have similar needs to Harriet.

Dr.Broderick told us that she was going to schedule Harriet for her next clinic at the Derby Royal Hospital towards the end of February and that Harriet would be given the Botulinium procedure, to help with her stiffness. She then went on to say, that it may also be a good idea to go and see the neuro surgeon at the Queens Medical Center in Nottingham, about the possibility of a Baclofen Pump.

Lesley seemed more drawn to the idea that Harriet would have a better quality of life and seemed more convinced that this may be the best way forward.

I on the other hand thought about all the things that could possibly go wrong, why was it that we did not know anyone with one of these pumps and would this do more harm than good. It seemed there were more questions than answers, but the main thing here, was that we were trying to do something that would give Harriet a better quality of life.

We both agreed to see a Neuro surgeon and asked Dr.Broderick to refer Harriet to one at the Queens Medical Center in Nottingham.

As we left the school nurses office, we were both very quiet, almost numb thinking about what had been discussed with Dr.Broderick .