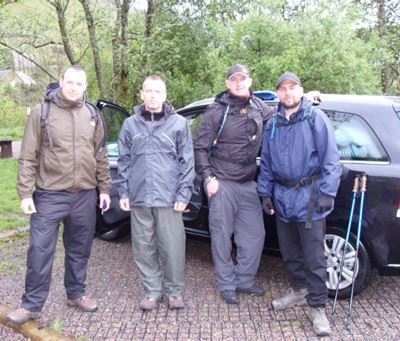 On the 9th of June 2011 Matt Wadsley, Rich Beales, Fran Burton and Ady Riches set out to reach the 3 highest peaks in the UK, Ben Nevis in Scotland, Scafell Pike in England and Snowdon in Wales, one after the other.

They drove up to Fort William on the Wednesday so that they could start Ben Nevis climb first thing on the Thursday morning, the last fourty five minutes of this climb was done in the snow with next to no visibility. 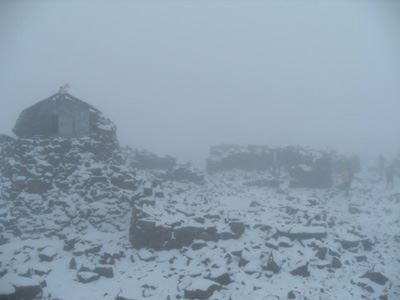 The group then drove to the Lake District to tackle their next mountain and completed this in complete darkness, reaching the peak in the early hours of Friday morning.

In the final leg of their challenge the very tired group drove into Wales to climb Snowdon, this was met once again with an extreme snow storm as they neared the peak. 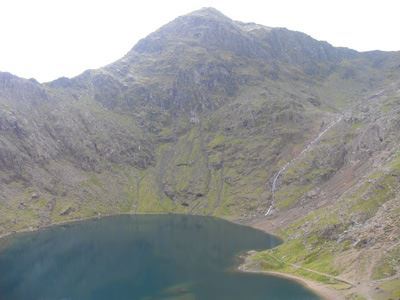 The four men managed to climb to the top of all three mountain peaks in twenty six and a half hours, which they were really pleased with, but were unable to get to see any of the views in great detail, due to extreme weather conditions and poor night time visibility. 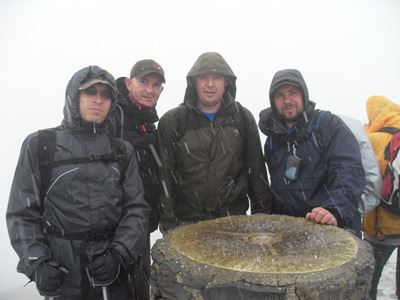 A few weeks after the event the group called in to see Harriet and were pleased that they were able to raise massive £819 towards Harriet`s Trust.

It was great to see Matt, Rich, Fran and Ady, as we wanted to thank them for all their hard work.